There are some great features in QGIS 2.6 atlas generation. You can for example filter visible polygons using an attribute from the feature controlling the atlas. So I have a full bus routes extent layer, and one with each direction. The two maps are thus filtered by the full extent layer. Data from Transport for London.

Thus we can split the features into the two different maps in the composer. We can filter going and return using the “regexp_substr( group,'(\\w$)’) = 1”, since our routes are originally names 101-1 for example for the outgoing and 101-2 for the return.

The Vector Map District background map styling is thanks to Ross : https://github.com/mixedbredie/QGIS-styles/tree/master/OSVMD/Greyscale
With slight modifications.

The jpgs are not as good, but Imgur provides hosting:
All London Bus Routes 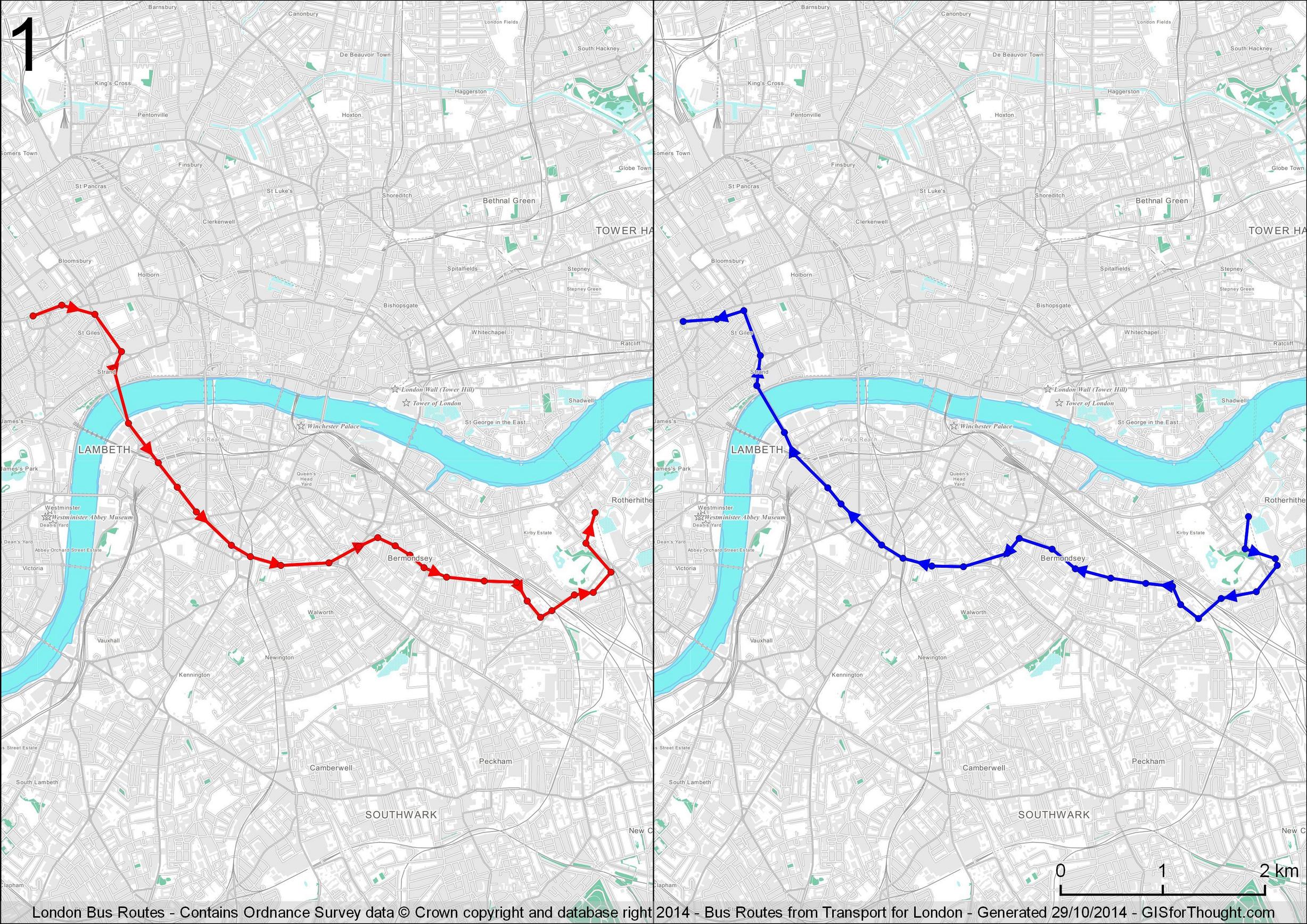