Based on the work by:

The graphs show the percentage of streets that run in a certain orientation. So for a grid based city like Chicago, there will be a heavy bias in north/south and east/west streets. Bearing in mind north and south will be the same (unless there are one-way streets, which only count in the direction they run in).

But for older cities that formed naturally, without modern city planning, the streets should be more varied.

Largest populated places by population. Based on the Ordnance Survey Ireland urban areas. As it is OSI data, Northern Ireland is not included. 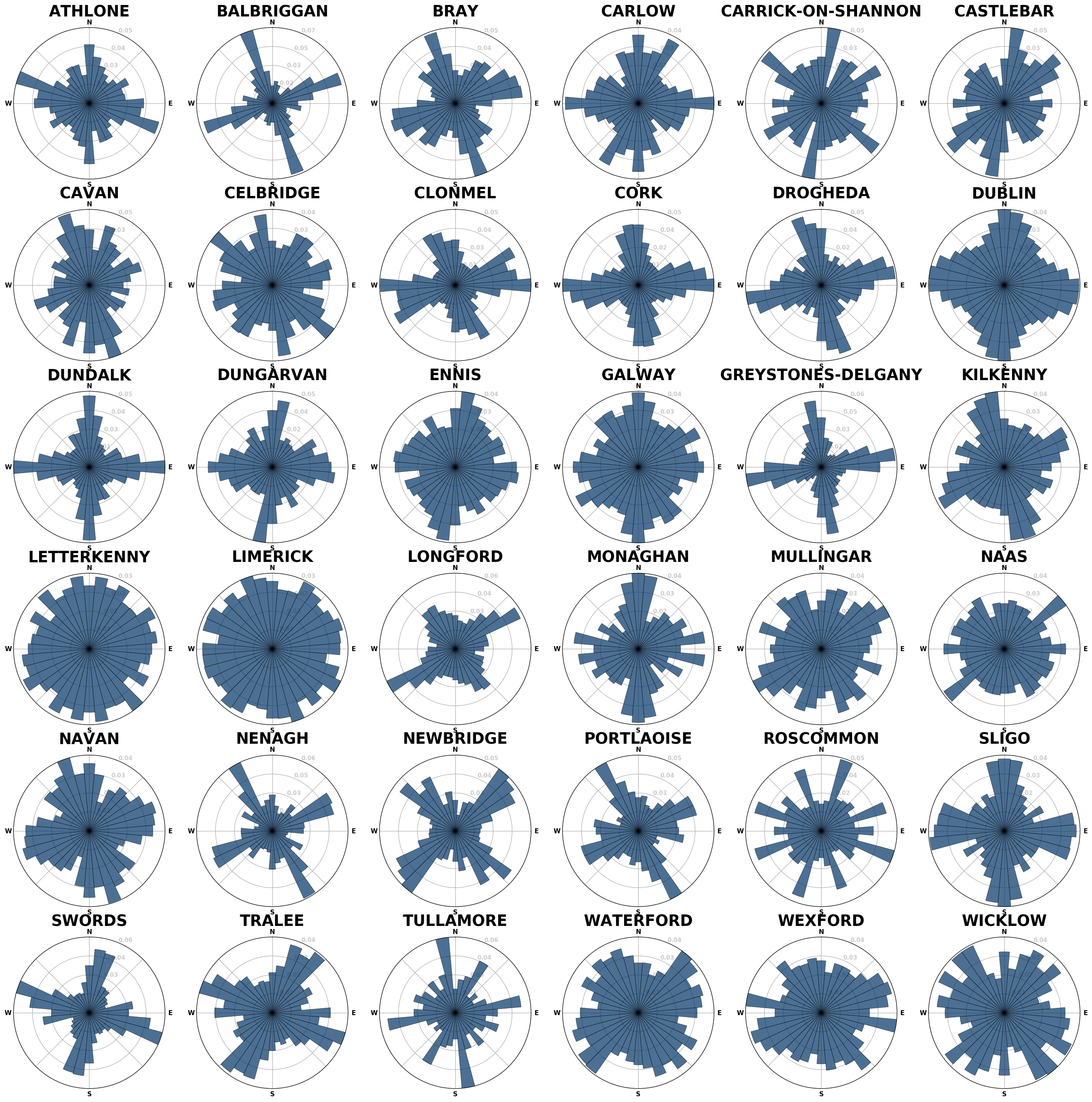 Some areas are clearly impacted by large motorways running through them. 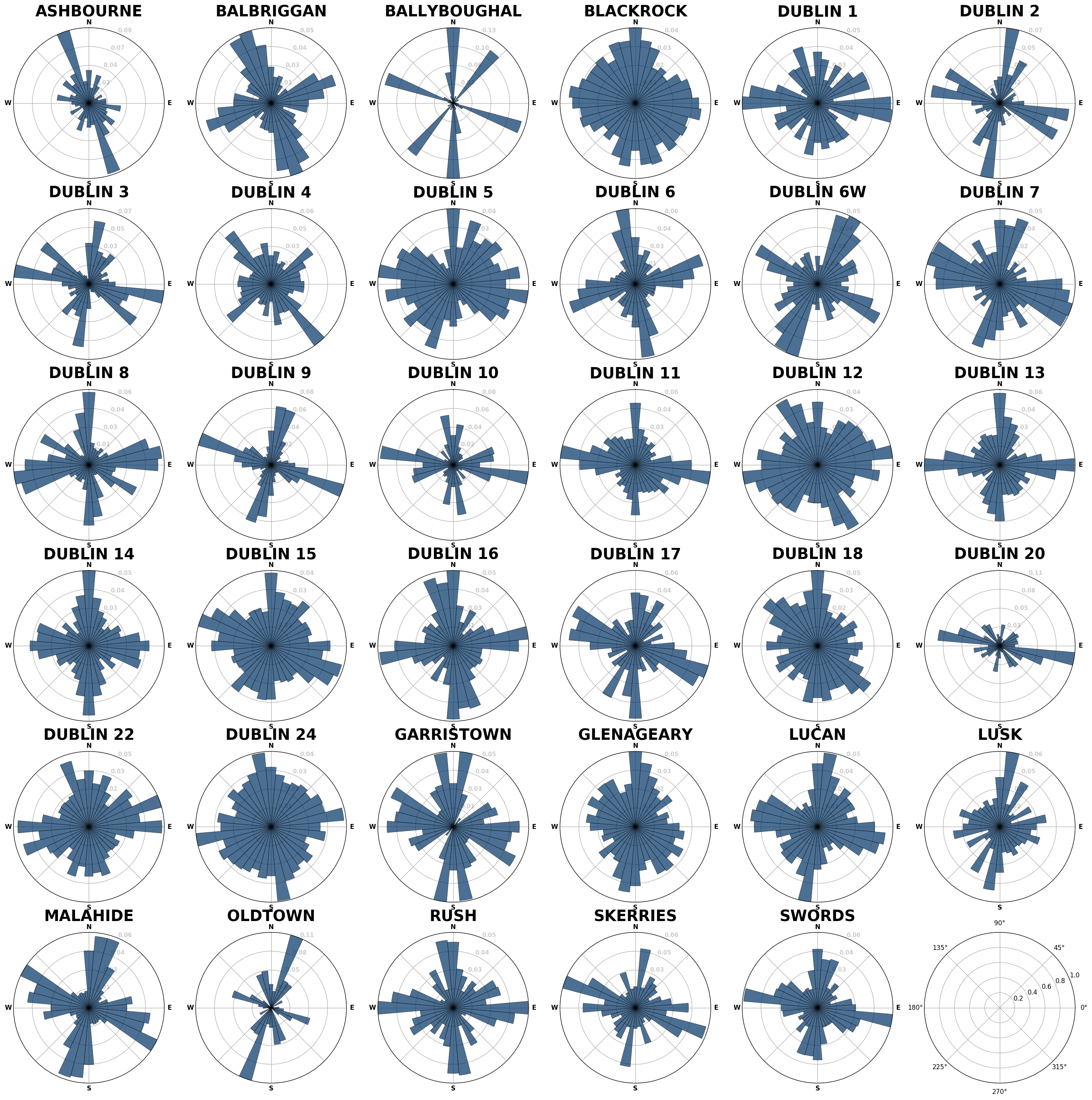 And for non-Dubliners, a map of the postal district boundaries: 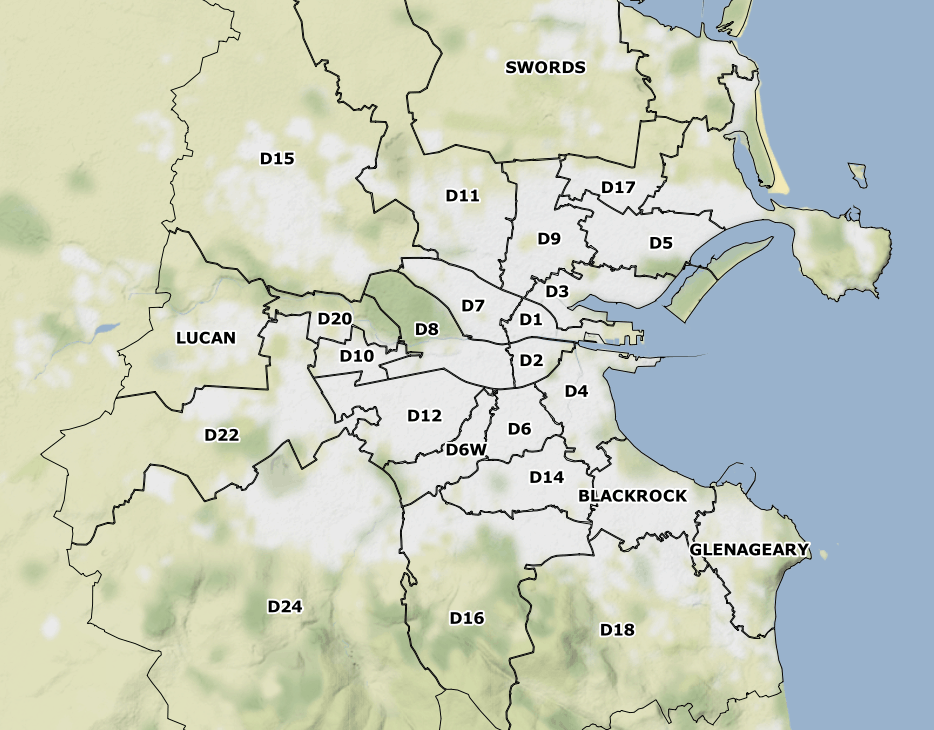 I updated the script by Rixx, so that it would take a ShapeFile as an input with a few caveats (it must be WGS84, it must have an attribute that has the are name and it must be called settl_name).

Check out the script at: GitHub