Following up from my Glasgow Regions Mapped Update.

Alasdair Rae recently started a crowdsourcing project for four cities in the UK: London, Birmingham, Manchester, and Glasgow. Write up of the results. The post was however very popular and resulted in responses from around the world.

Since the project was created with the excellent code from Nick Martinelli, the data can be downloaded by anyone.

So I created a breakdown of the number of responses in 1 km grids for each city that received at least 5 responses.

The full album, ordered by country name and then city name can be found:

The west end is the true Glasgow. 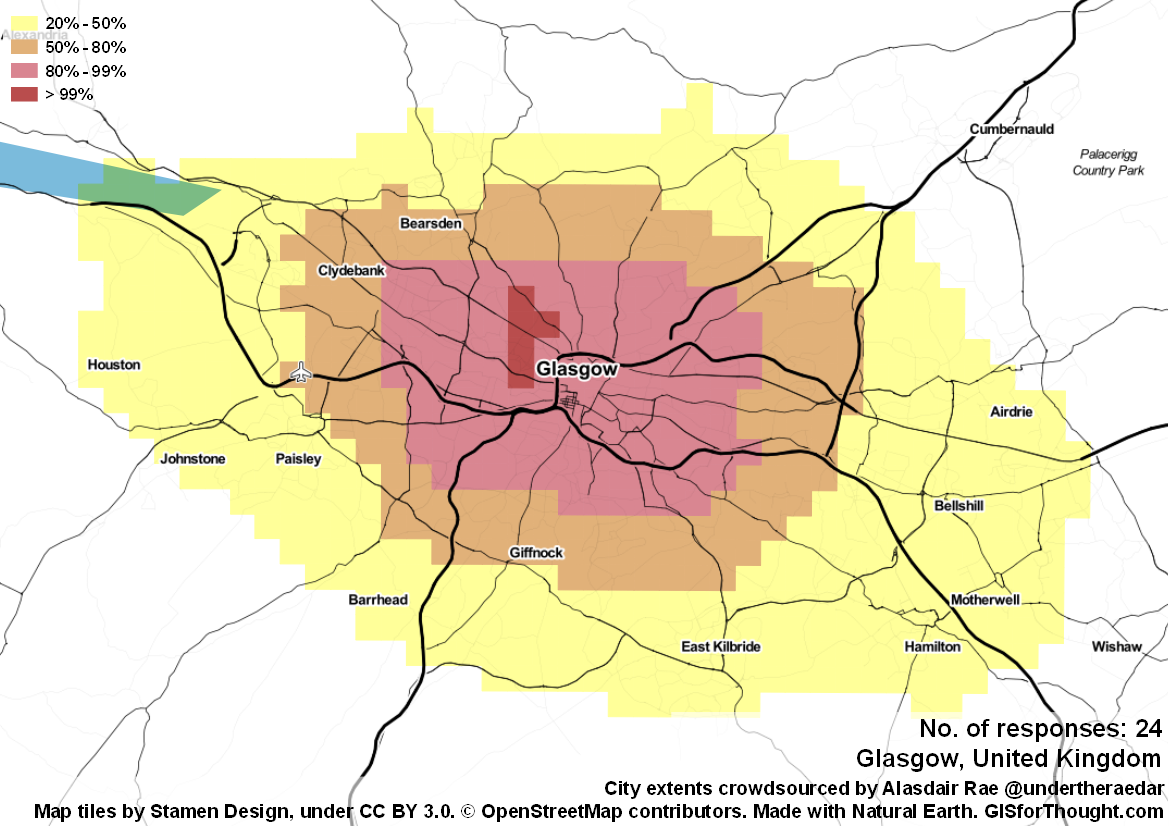 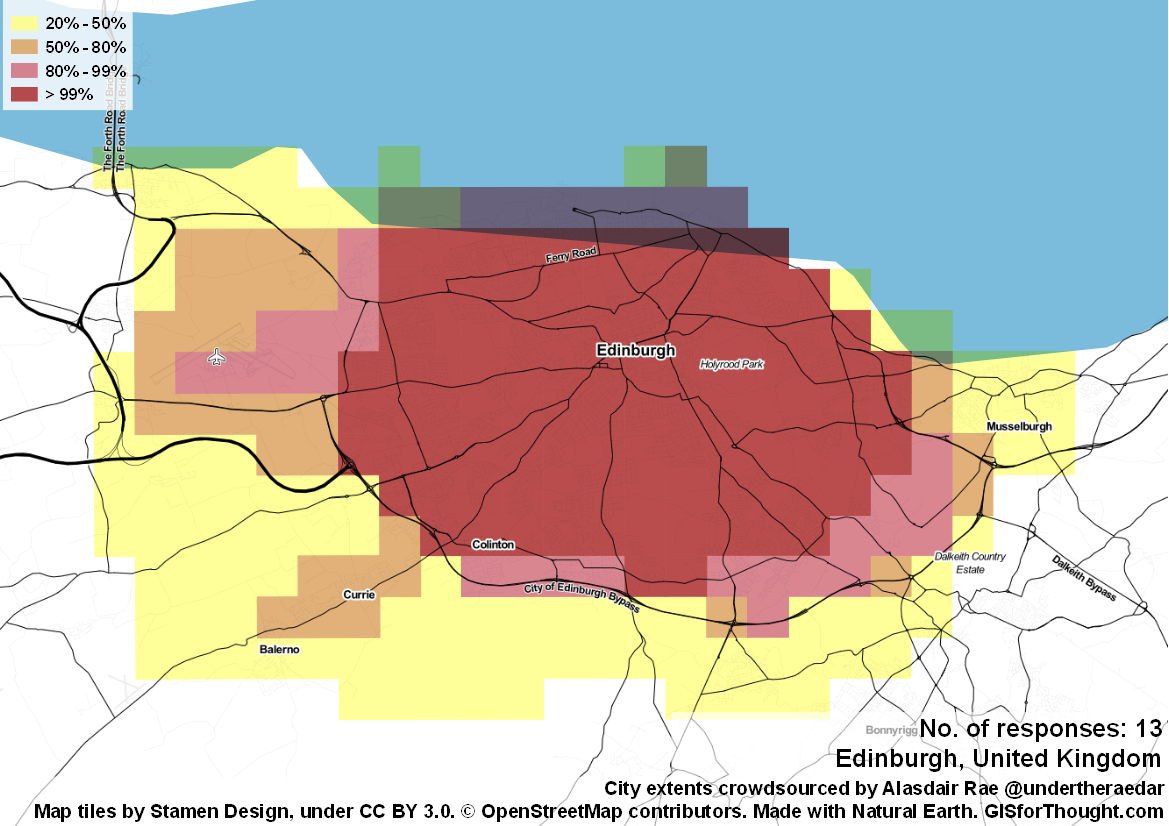 Much larger and inclusive than Manchester. 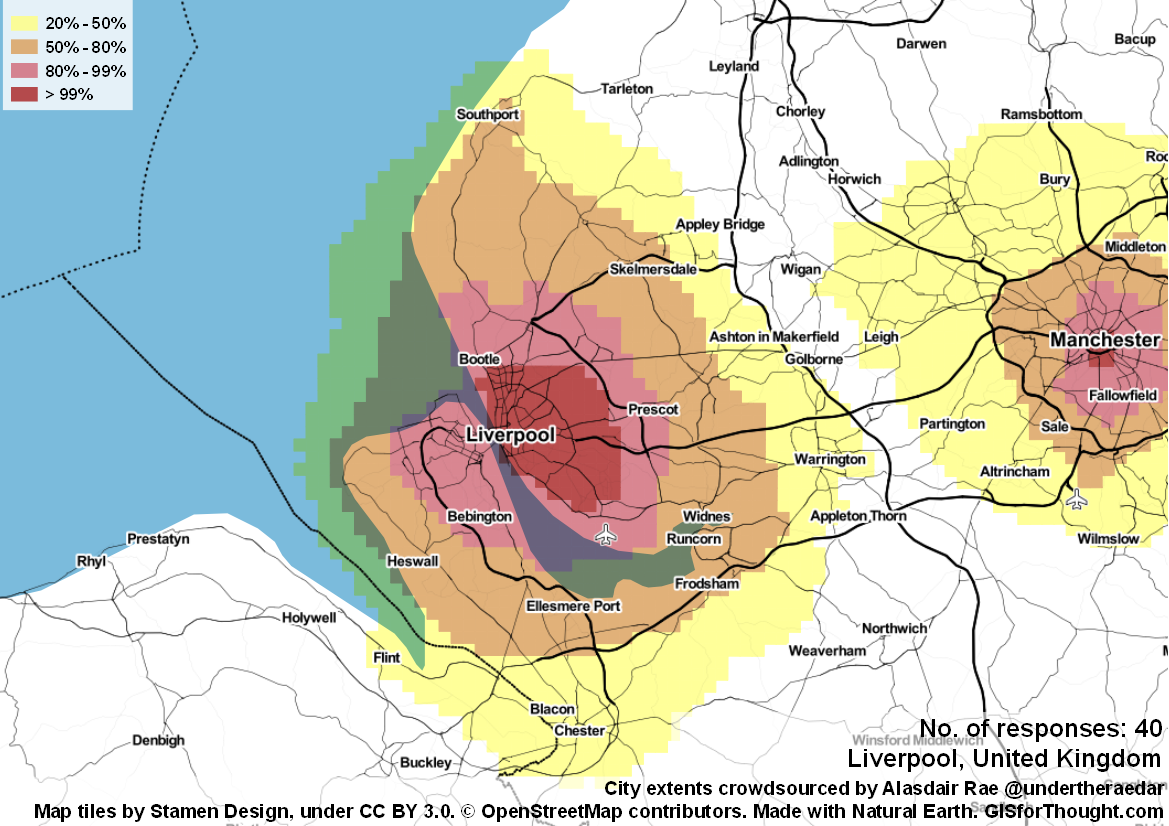 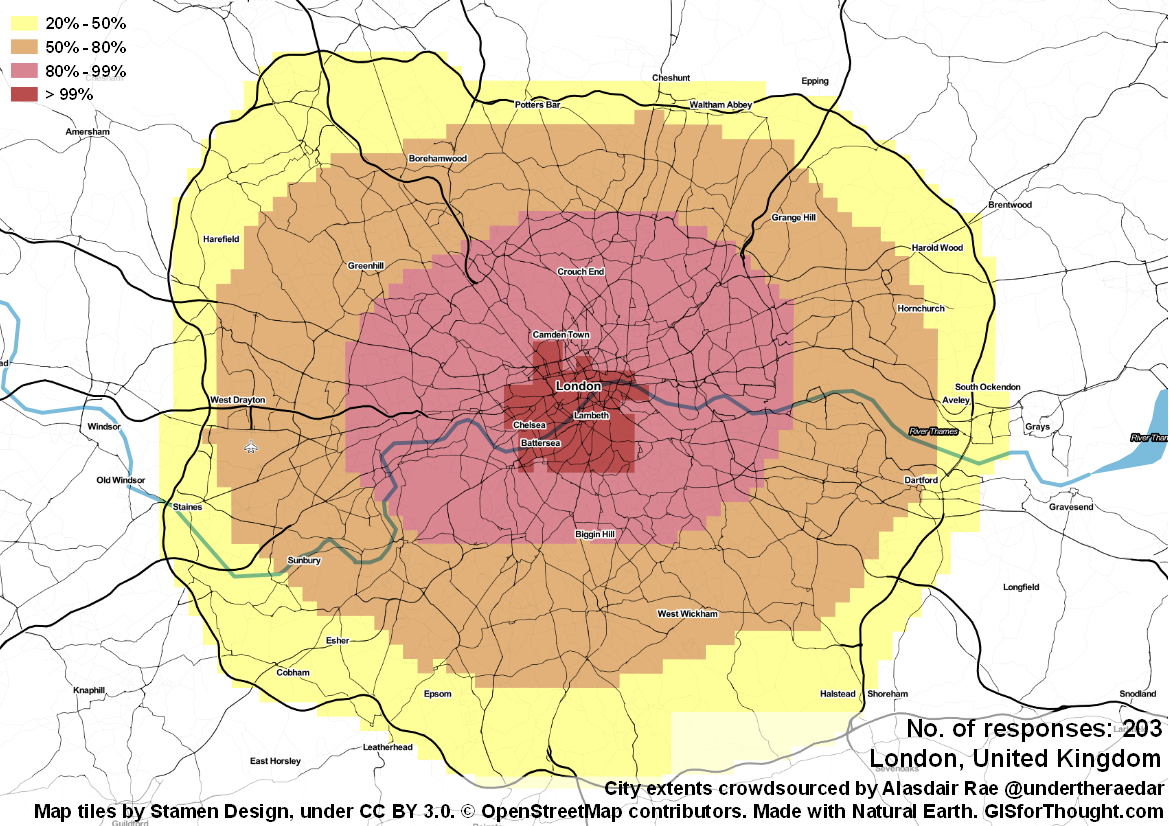 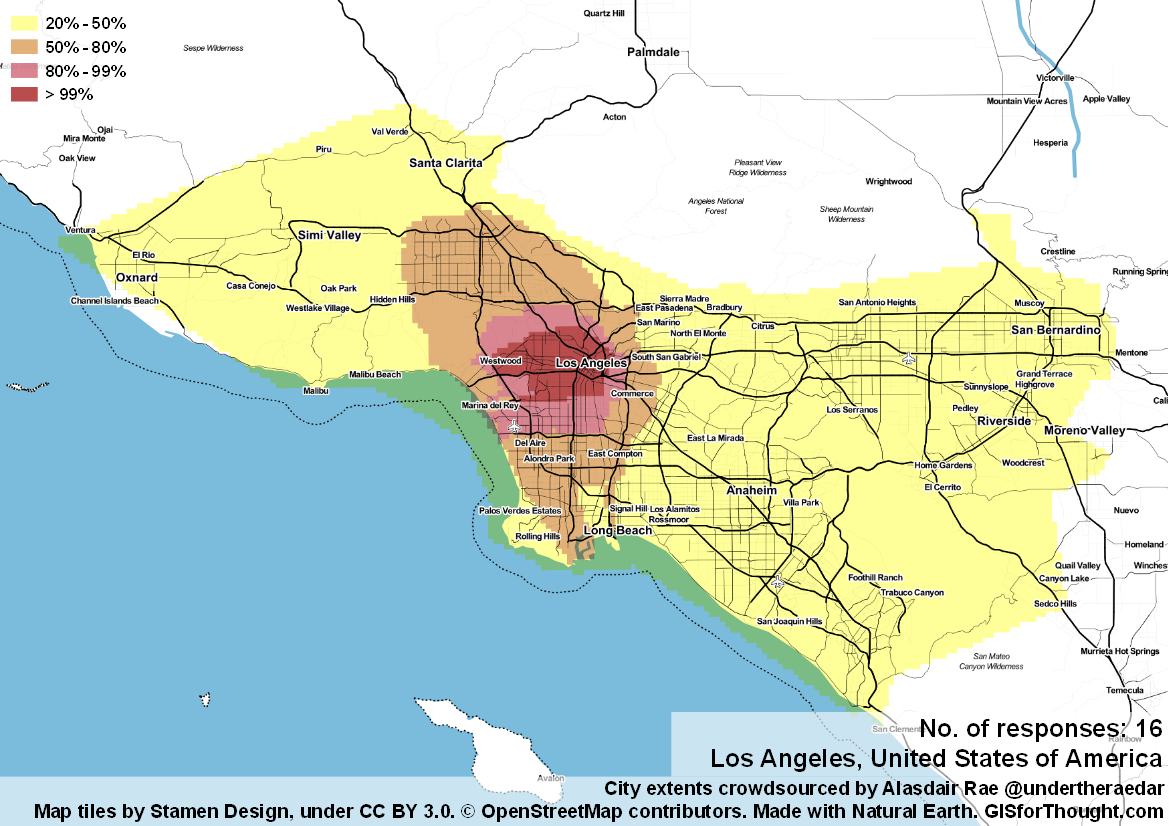 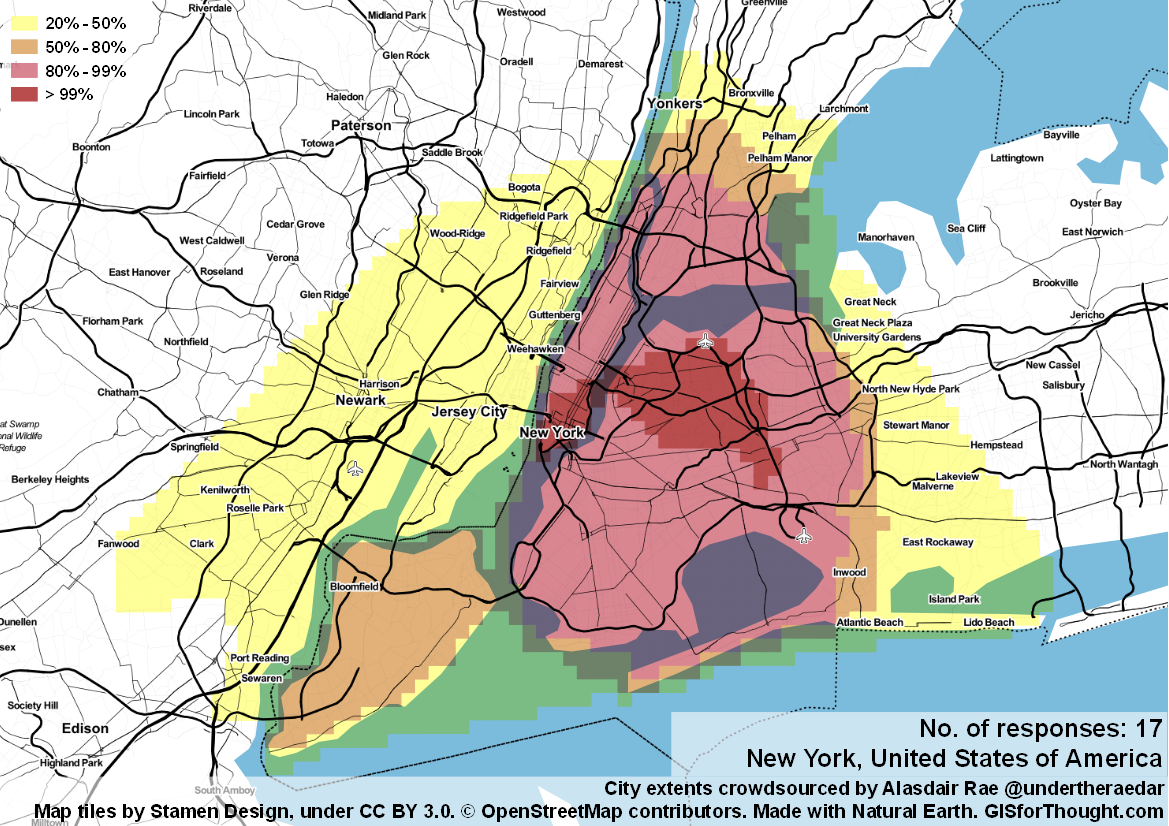 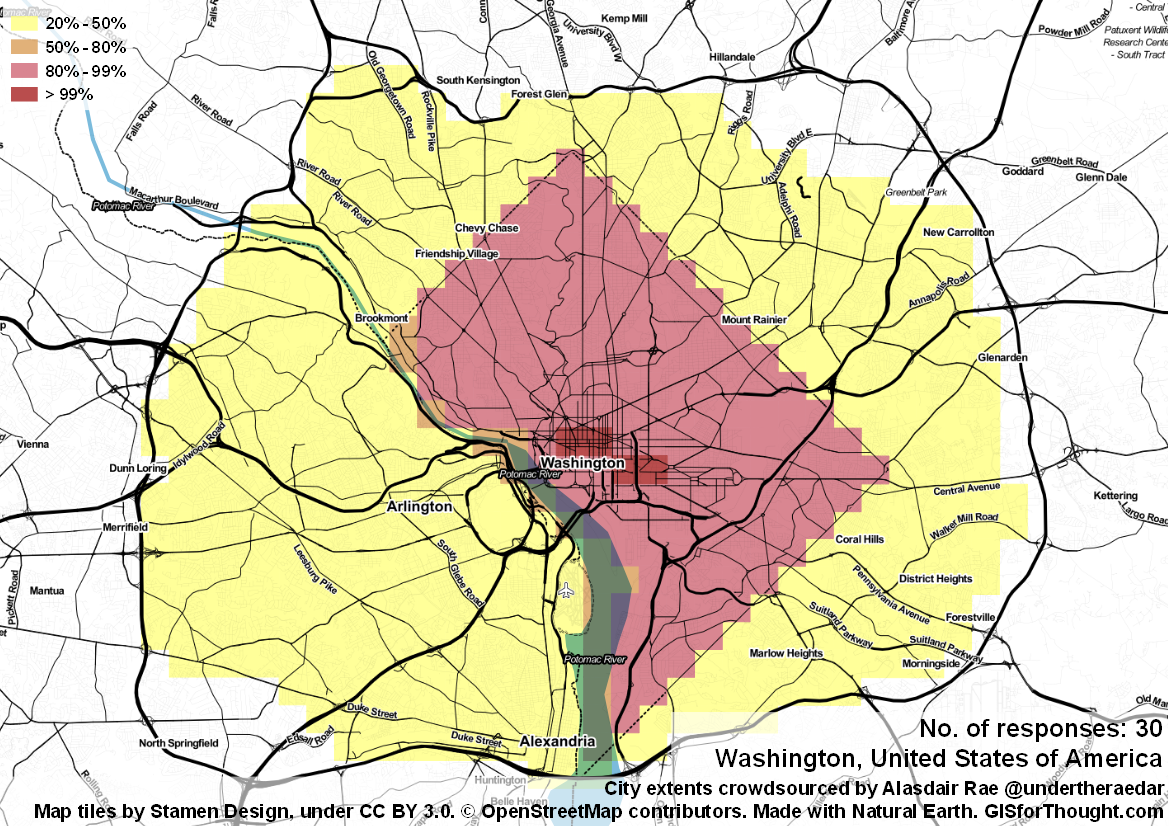