An updated version can be found at: Every Person in Scotland on the Map

One random point on the map for each person within a postcode in Scotland. 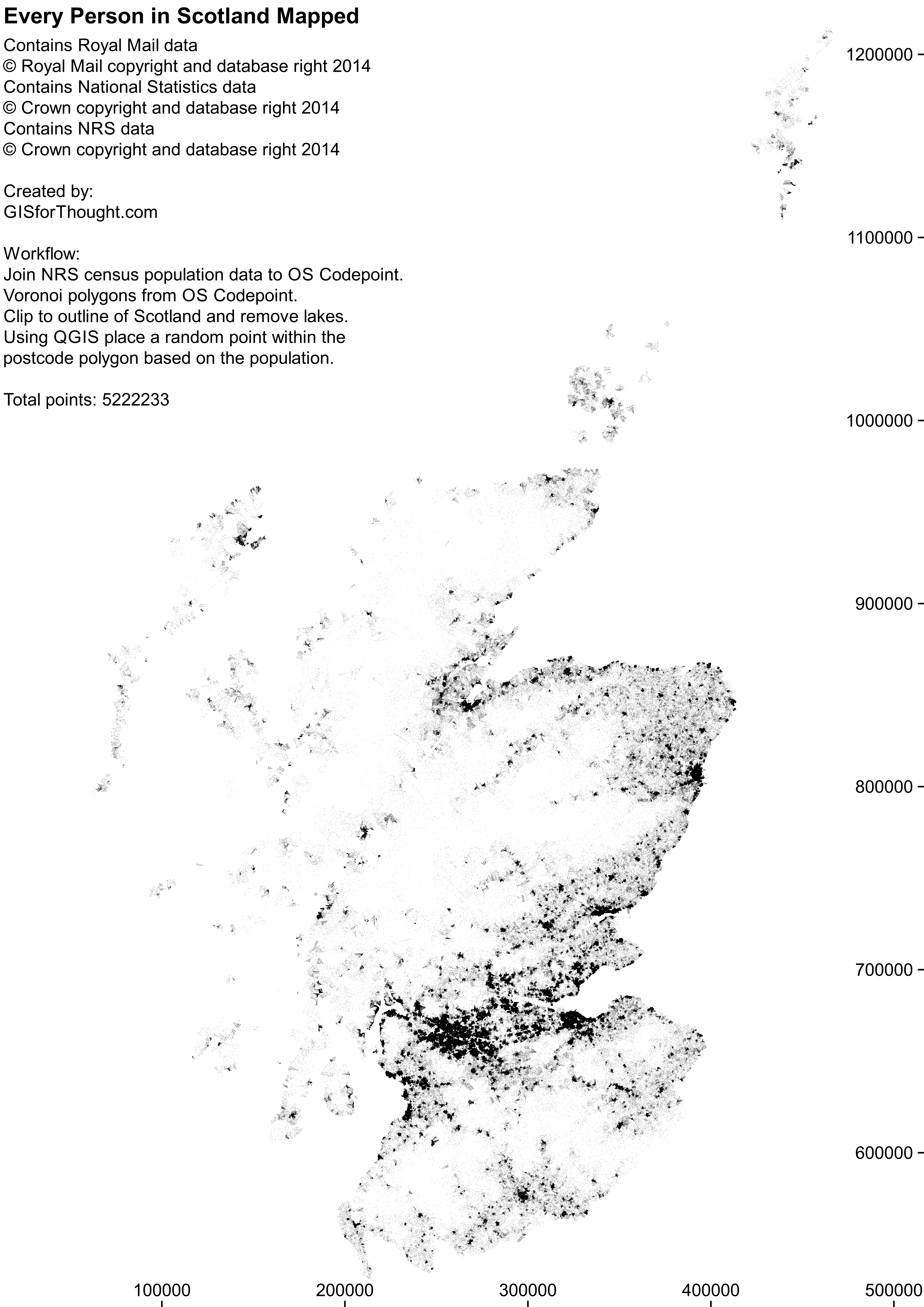 An easier approach would have been to use the NRS supplied postcode areas for Scotland mentioned in previous posts. A better display of this data would be through a web mapping environment, which is working on my home environment but lacking hosting.