For this example we are using Ordnance Survey MasterMap Topology Layer data.

Now we know that we can maintain an attribute through layers, as we saw in the shp to DXF example, the export of MasterMap should be straightforward.

So we have 6 layers in total.

I will be using || for concatenation, which works with the SQlite SQL dialect.

Not quite. Seems to be missing geometry, perhaps a SQL select issue.

This can be tested with:

So we do not have any geometry. Lets bring that in. 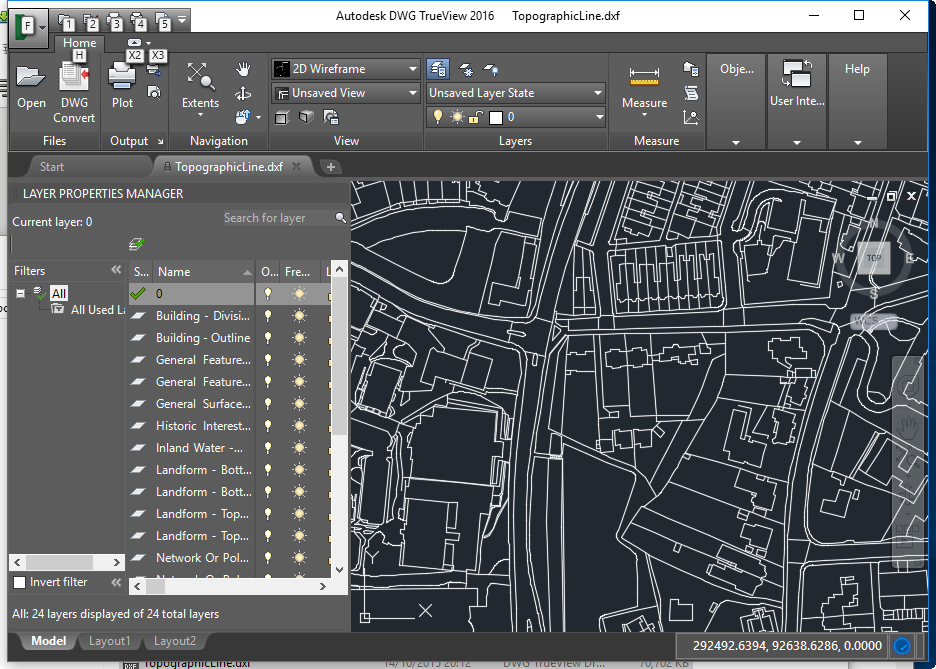 But if we check the attributes in QGIS: 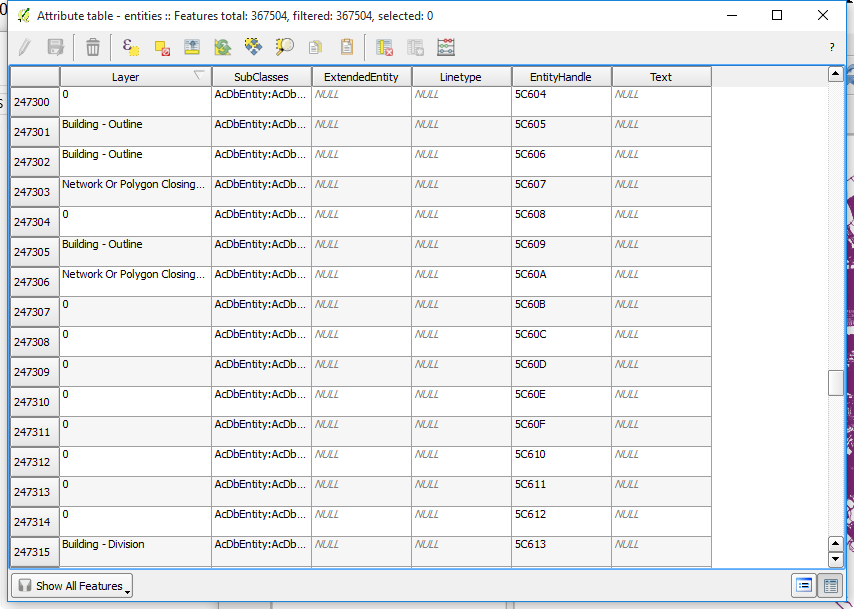 We can see that all of the attributes that are not 0 have both a descriptiveGroup and a descriptiveTerm, which was not what we can see in the ogrinfo summary. So our SQL statement is cutting some out. 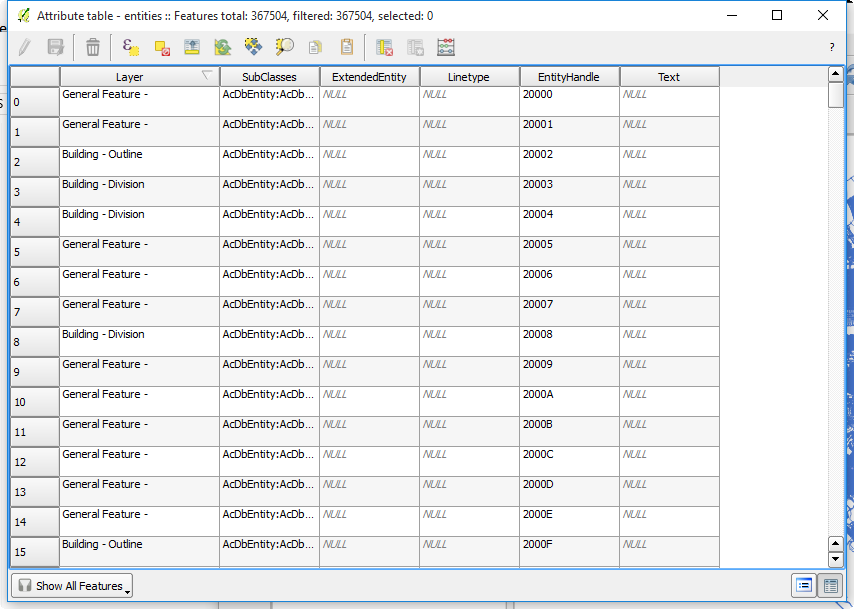 But it won’t open in AutoCAD DWG TrueView. Lets try running it through a ShapeFile format first before the DXF conversion. 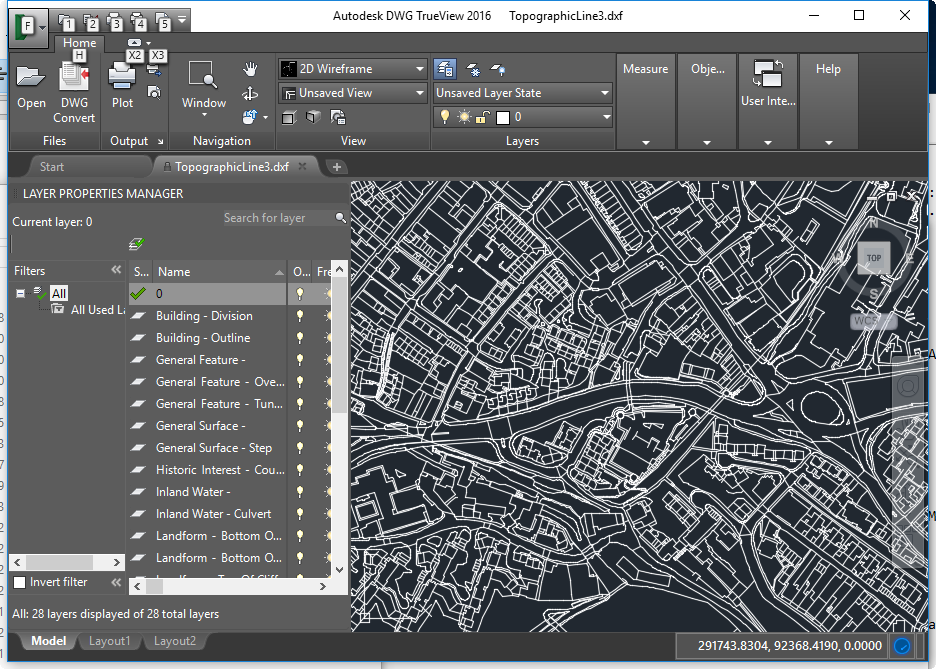 No indication of why a direct GML to DXF conversion would hang TrueView, and your mileage with other CAD software may vary. But ShapeFile is a very simplified geometry format, so perhaps running through that helps with some more complex geometry in the GML. Hard to say with no errors from TrueView, just a stuck program.